Athletic Lab: The Story of a Startup Part 5

Here’s the 5th installment in a series of blog entries my wife wrote for her personal blog a couple months back. If you missed the first four entries make sure you click on the link above. My wife’s account is far better than anything I could write up which is why I’m re-syndicating here. This is part 5 of her unedited recollection… 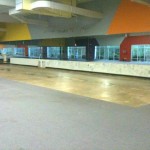 Athletic Lab v. 2 prior to any cleanup

…The search for a new facility took awhile. Mike and a commercial real estate agent, Blair Graham, finally found “the one.” One mile from where we lived and two miles from Athletic Lab 1.0, there was a building that would meet our needs.

This 10k square foot building in Cary formerly housed a Gold’s Gym. After that, it was another fitness club and most recently, a cheer tumbling company named Carolina Legacy. In addition to giving us a larger space, the new facility would have locker rooms with three showers per locker room. The old facility only had restrooms which limited the amount of people who could attend early morning and afternoon classes because they couldn’t take a shower before going to work.

The new facility would come at a price. The rent would be over double what we had been paying at the old facility. It was far more than we were making at the time. It would be a gamble to pull it off. Mike’s motto: “Bite off more than you can chew…and then chew it.” My motto: “Don’t bite yourself while you’re chewing.” He worked out a deal with the landlord and managed to get 70% of the asking price and our first five months in the building would be rent-free…as long as we took the building as-is. In this case, “as-is” should be in all capitals and bold. Hopefully, we could double our profits in five months so we would be able to handle the rent. Again, it was a gamble. 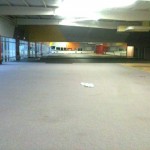 Athletic Lab v. 2.0 prior to any cleanup

The facility had seen years of neglect. The men’s locker room showers had been dry walled shut. The lights weren’t working. The roof was leaking. There were holes all over the walls. The walls and mirrors were littered with graffiti in permanent marker. The place hadn’t been cleaned in years. There were busted mirrors, trash everywhere and very little office space. The walls had neon lights, spelling out: “aerobics” and “cardio.” The carpet was stained and musty. There was a large amount of laminate flooring glued to the floor that would have to be removed.

The colors of paint on the walls were hideous- the entire place had to be painted. The lights were all controlled by breaker boxes in a service closet. There were hundreds of unlabelled breakers. A lot of work needed to be done. We could afford to do work. We couldn’t afford a larger rent. When I looked around at everything that had to be done, it looked hopeless. What was Mike getting us into? I guess if we created a facility out of a warehouse, we at least had some better clay to work with here.

The tricky thing about moving this time: we would have to do it very quickly. We feared we might lose clients if it took us forever to make the transition to the new building. We started moving on a Friday evening after classes ended and for the most part, we had enough equipment set up to open the doors on Monday. On that Saturday, Eric taught a scholastic class as we emptied the building around them. Noah Campbell and Jose San Miguel were the last two clients to workout in the old facility.

Moving what was literally tons and tons of equipment was no easy task, although, we had plenty of help from the elite athletes this time around. 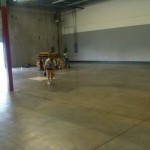 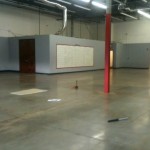 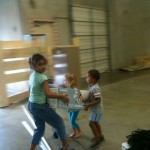 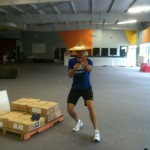 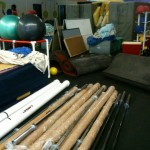 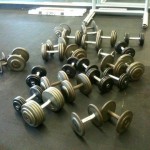 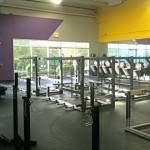 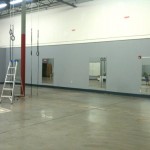 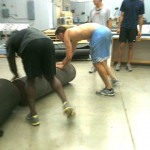 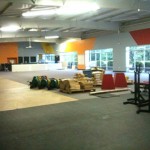 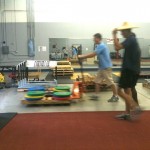 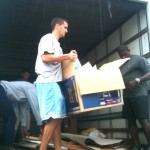 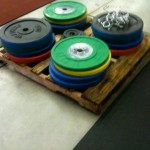 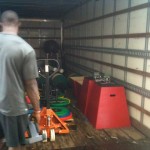 Mike and I were the last ones inside of Athletic Lab 1.0. So much had happened there. We had poured our lives into that facility. The now empty, echoing building was what was left of everything we had put into it. The facility had served its purpose. We shut the doors behind us and moved on to something bigger and better.

The physical therapy company from Athletic Lab 1.0 joined us in the move. They later moved to a different location in Raleigh. A new deep tissue therapist, Julie, also joined us. We added a new pole vault club: Kinesis Dynamic Athletics.

We didn’t lose any clients with the move. We opened up on Monday. Things were out of place for awhile and the building was still a mess. If people were looking for a good workout, we could provide it. If they were looking for an attractive facility, they’d probably have to look elsewhere… 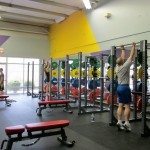 One of the first workouts following our move 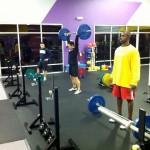 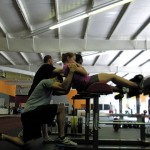 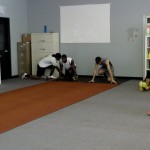 Note the bad paint job and crap in the corner 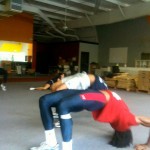 « How to tell if you’re an entrepreneur » Athletic Lab: The Story of a Startup Part 6