Athletic Lab: The Story of a Startup Part 3

This is the 3rd in a series of blog entries my with wrote for her personal blog a couple months back. If you missed the first two here are links to part 1 and part 2. My wife’s account is far better than anything I could write up which is why I’m re-syndicating here. This is part 3 of her unedited recollection…

…The work on our new facility began. It took a little over a month of working nearly non-stop to have everything ready enough to open the doors. Work on the facility never really ended until we moved out a year later. The security guards for the business park would stop in to check on us when the early morning hours rolled around. I would generally take Eva home when it started to get late and we would leave Mike there working alone.

It took a couple of days to paint the lobby and to move our equipment from storage into the facility. Mike purchased a pallet jack from Craigslist so moving equipment was easier this time around.

The painting continued. I entertained Eva by giving her a blow up swimming pool, a water fountain and a cup. I told her to fill the pool by filling up the cup at the water fountain. For the most part, it kept her from being under foot. A majority of the time, she ran around unattended in her PullUps. 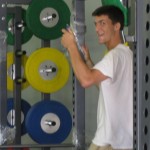 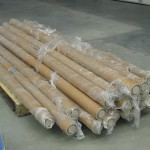 We had lots of bars 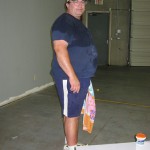 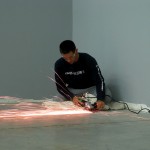 Cutting steel bolts from the ground 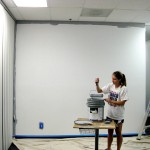 Getting ready to paint….the entire building 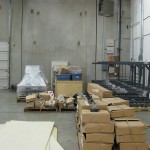 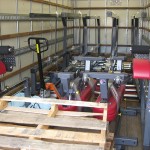 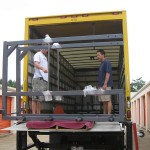 Mike prepares to move equipment from storage to Athletic Lab

In random order, here’s how/where we acquired some of our equipment.

Flooring: rolls of rubber were shipped from China for the flooring and we bought horse stall mats from Tractor Supply. My dad was visiting and helped us cut and put the rubber in place. In Athletic Lab 1.0, we had wooden lifting platforms. The rubber had to be meticulously placed around the platforms. 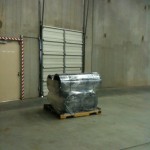 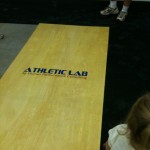 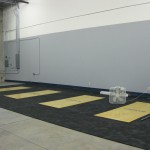 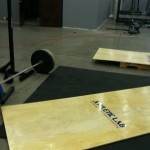 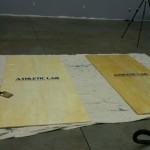 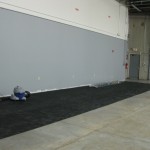 Laid out for the squat racks

Wooden lifting platforms: We built our own. We started by placing stickers on sheets of plywood. It took nearly 300 coats of lacquer finish and nearly 300 hours of drying time. For the most part, this was Mike’s project. The fumes were potent. I’m pretty sure we left the facility high on the nights we were working on this. They had to be glued to the floor and it took forever for the glue to dry. Apparently, the glue was worth our money. When we moved out, the platforms took concrete from the floor with them. I really miss the look of these platforms. We decided not to incorporate them into our second facility. We salvaged some pieces of the platforms and they’re currently in one of the offices.

Reception desk: my dad helped us build it. We bought the counter top at Ikea. The base was part of a kitchen counter. We painted it and added decals. It now sits by the women’s locker room in Athletic Lab 2.0.

Mirrors: UNC’s basketball weight room was being remodeled and we managed to get their mirrors. Mike has a connection with their strength coach. I’m sure Michael Jordan once gazed at himself in our mirrors. Mike rented a van to pick them up. Moving a gazillion heavy mirrors by ourselves onto the loading docks of the building without cracking them was no easy task. Thanks to Kelly Furr (with an infant Abby in tow), we finally managed to get them inside. My dad and brother, Nate, later came from Ohio and helped us hang the mirrors.

Hurdles: donated by UNC Track & Field and they were a rusty mess. They had been sitting behind a storage shed for several years. We disassembled them and scraped, brushed and painted every single piece of them. My dad built new wooden cross bars for them that we painted and decals were added. I don’t think we have any photos of them before they were remodeled, but you’d never know they were the same hurdles.

Crash Pads (mats at the end of the track…used to absorb a runner and prevent them from running into the wall): the originals were mats belonging to a pole vault club that rented space from us. After they moved out and took their mats with them, we attempted to assemble our own second set out of couch cushions. It was, for the most part, a failure. Our current mats were donated by Eric Broadbent’s alma mater and transported from Pennsylvania by his friends.

Rowing Machines: purchased from Craigslist. Our price limit was $600 each. It was a tough price limit to stick to. We eventually accumulated four rowers.

Plyo Boxes: my dad built all of them for us. We painted them red.

Dumbbells: Mike purchased them off of Craigslist. We later sold them and upgraded to our current dumbbells and racks when another gym in Apex was going out of business.

Pole Vault Box Cover: donated by one of our scholastic dads. Before we had the bona fide cover, we had been filling the box with sand bags and covering it with sheet metal. Thank you Greg Yvars! Thanks too for the tennis grip for the pullup bars and your continued support.

The Mondo (track surface) was shipped much later. Much like the bumper plates, Mike and I picked up the Mondo in Wilmington. It was nearly 1:00A.M. when we made it back to the facility and started to unload four 2,000 pound rolls of Mondo by ourselves. We rolled it up a ramp to the facility’s loading dock. Thankfully, Eric Broadbent was there the next morning to help with the last and heaviest roll.

The first workout in Athletic Lab 1.0: Eric Broadbent, an elite athlete who had just moved from Pennsylvania (now a USA Track and Field Champion and one of our top instructors), set up some squat stands with some horse stall mats and he used an available women’s bar. I think this was the same day Mike set off the fire alarms to the entire business park. Twice. It was a memorable day. 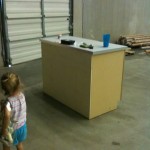 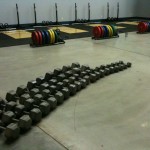 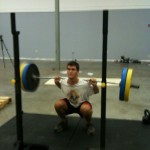 A picture of the VERY FIRST workout at Athletic Lab 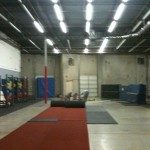 Armed with advertisements, Eric was our man when it came to sneaking flyers into parks and business parking lots. We always had handfuls of flyers to leave behind wherever we went. Mike paid for advertisements in a local high school sports magazine named Vype. Another elite athlete joined the picture. John Strang had the trunk of his car full of flyers.

We had no furniture at home. Our couch was taken to Athletic Lab for the lobby (and it’s still there). Sitting on the floor was a constant reminder of how much we were struggling at home. We didn’t have a Christmas tree at home for Christmas either. It too was in the lobby at Athletic Lab. Even my house plants found their way into the lobby. We were pretty much lacking in everything other than the means to get in a great workout.

The facility had finally started to come together. It was time to open the doors to the public. We held an open house. One person came. He wasn’t interested in becoming a client, he just wanted to meet Mike. I started to fill with doubt. Both exhausted and frustrated, I remember locking myself in our closet, slumping down the back of the door to the floor and crying. I believe it’s in the vulnerable and quiet moments like these when we learn more about ourselves. I feared all of the sacrifices we had made and the money we shelled out was all in vain. All of the hours of Eva’s life that I had left her essentially neglected while we were working- it was quite possibly a waste. I learned that I wasn’t born to be an entrepreneur. I married one. I run away from risks. Mike, however, never faltered and he charged forward. His disappointment, if he even had any, never showed. For months, Mike would often open the doors but no one would show. Oddly, we had world class athletes moving to the area to train with Mike from Day 1, but we didn’t have anyone locally for quite some time. Many days were spent in fruitless anticipation that someone would come. Oh, the excitement that came when the lobby door opened…and the following disappointment with the realization that it was just the delivery guy… 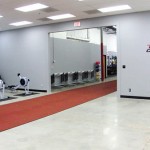 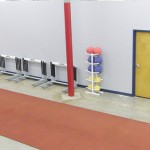 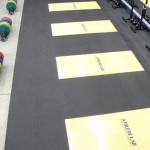 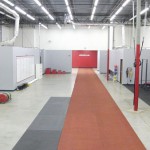 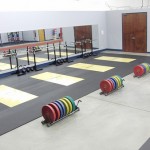 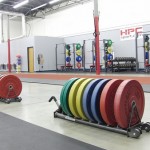 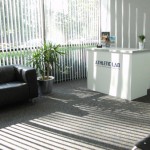 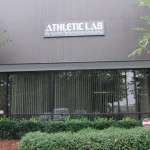 « Athletic Lab: The Story of a Startup Part 2 » Sweat it out