Athletic Lab: The Story of a Startup Part 10

Here’s the 10th post in my wife’s blog series that she wrote for her personal blog a couple months back about her recollections of starting Athletic Lab. If you missed the first couple entries you can catch up by following the link above. My wife’s account is far better than anything I could write up which is why I’m re-syndicating here. Here’s part 10 of her unedited recollection… 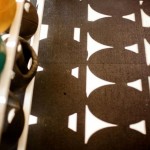 For months, there had been informal discussion of the Vancouver Whitecaps hiring Mike as their fitness coach. It was just that: discussion. We didn’t give a lot of thought to the idea. How could we possibly drop everything and move to a new country over 2,500 miles away anyhow? What about Athletic Lab and the elite athletes, many of whom had moved to NC just to train with Mike. Our clients? NC State? Uprooting Eva? We couldn’t just leave.

A part-time option was explored in which Mike could travel back and forth between British Columbia and North Carolina as well as attend pre-season training camps. Likewise, the Whitecaps could send their players back and forth to train at Athletic Lab. Because of time conflicts, this would require the Whitecaps to buy out Mike’s contract at NC State. This option was ruled out because it would not have been cost effective on their part to only hire Mike on a part-time basis but buy out a full time salary. The Whitecaps then asked how much it would take to bring Mike to Vancouver full-time. A huge number was thrown out and they didn’t flinch. They sent a contract that was even better than we had originally asked for. We didn’t sleep. What had merely been discussion immediately morphed into a reality. 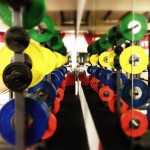 Joining the coaching staff of the Vancouver Whitecaps would greatly increase Mike’s marketability. The unique contract that was on the table would ensure payment to Athletic Lab for taking Mike. In addition, Mike would become the highest paid fitness coach in the MLS. His hours would be normal (40 hours or less a week vs. the 80+ he was working at Athletic Lab) and he would be given a substantial amount of vacation time. We could remain involved with Athletic Lab and Mike would be able to continue overseeing training programs, staff education and correspondence training for the elite athletes. We started to think seriously about it for the first time.

Short term, Athletic Lab would face some issues if we left. Undoubtedly, there would be a period of adjustment for our clients and our remaining staff. Long term, Athletic Lab could and would benefit from what would ultimately mean a huge move on our behalf. In a sense, if Mike accepted the position, it could potentially push Athletic Lab in the direction we had been wanting to guide it into: as a nationally recognized institution for elite level sports performance. Mike’s methods had been proven in Olympic sports and with individuals in team sports but he wanted to create a system that could be validated through team success and hopefully, we could duplicate it in other places by sending other highly qualified staff to fill these positions. 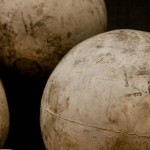 After several weeks of negotiation, on March 6th, Mike signed the contract and the Vancouver Whitecaps became Athletic Lab’s largest client to date.

According to Mike’s contract, we were to remain silent until news of his new position was released to the media. We waited as long as we possibly could, but the press conferences didn’t take place until after he arrived in Vancouver. I thought everyone needed to know before we left, not after. Shakily, I started to break the news to everyone by hand writing notes to members and making awkward announcements after my classes. There were mixed reactions. Some gave their congratulations. Some gave me hugs. Some cried. Eva cried each time I made the announcement.

« Use every heartbeat… » Put a dent in the universe